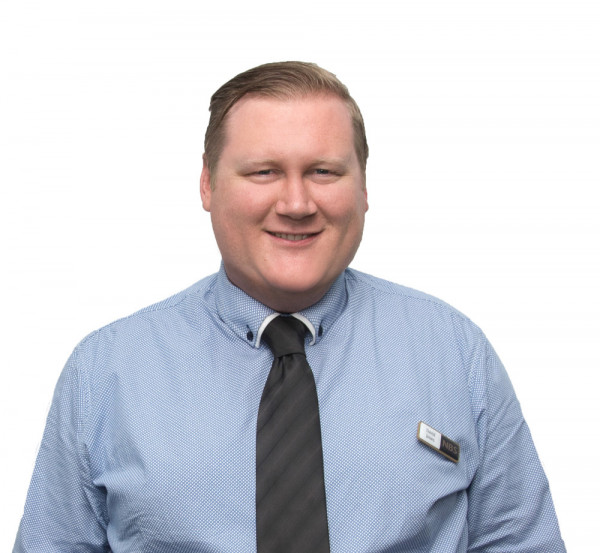 Acing the finance papers in his Bachelor of Business Studies at Massey University helped steer Dave’s future towards banking – securing a role at NBS on graduating cemented that prospect.

Dave has lived in Ashburton since he was 10 years old, and says that when it comes to banking and caring about the community, NBS stands out because we have ‘skin in the game.’ We’re committed to giving back to the communities we live in.

“I love that most week’s we get approached by sports or community groups for donations for raffles or sponsorship. There’s plenty of clubs around Ashburton displaying NBS bottles, backpacks and hats.”

Alongside many other groups and clubs, Dave says NBS has a long-standing relationship with Mid Canterbury hockey and netball, and for the last few years NBS has entered a team in the weekly netball competition. Dave is quick to add that it’s just in the social grade and with only four passionate and energetic staff in their branch, the team relies on support from partners and clients too but a fun time is always had by all.

It was a highlight to also be approached in 2020 to support Ashburton’s Multicultural Bite says Dave. The annual festival held on Waitangi Day celebrates cultural diversity with kai and entertainment for families and people of all ages. It’s a great community day out and I’m pleased that NBS can help make it happen.

“I take great pride in being able to give people an answer to questions about lending or banking, and feel empowered to support our clients locally rather than refer them to another division or location,” says Dave.

The community knows that we here to help too. I love the way the community approaches us most weeks for donations for raffles or sponsorship. There’s plenty of clubs around Ashburton sporting NBS bottles, backpacks and hats. For me, it’s great that we can help them out with something they need.”

In his leisure time, you might find Dave on the golf course (although he says he’s not going to end up on any podium!) or fulfilling his passion as an avid board game collector. He says that you wouldn’t believe the range of inspiring and challenging games available these days.